The firm was started by Malcolm Allan in 1954 as a family butchers shop in Bonnybridge. It was and remains a traditional Scottish Family Butchers business.

From the first shop in Bonnybridge, the business expanded until there were 20 retail outlets throughout Central Scotland, the bulk of which were run by staff who had started with the firm from school.

As well as the high street shops Malcolm Allan supplied various outlets from working men's canteens to top quality restaurants from the North of England to Inverness.

Our ethos has always been Malcolm’s quote

and that’s still the brief we work towards.

During the 1980's running a business on the high street was getting tougher as customers' habits changed.   People started to do out of town shopping and one big shop a week rather than regular visits throughout the week to the local butcher, fishmonger, baker etc...

Saturday, traditionally the busiest day of the week was getting quieter.

During this time we supplied the Asda staff canteen at the distribution centre in Grangemouth. An Asda store manager in Motherwell who had his breakfast in the canteen one day said “This is what we need in our stores”.

This was an opportunity we had never considered so it was complete chance.

At that time there were no family butcher sausage lines in the range provided by supermarkets and as local butchers became scarcer on the high street the sales of our sausages grew.

Other lines which were staples in Scottish households were added such as beef olives, haggis, steak pie and black pudding and the firm kept investing to make the most of the opportunities which came along.

The product range is extensive from pies to sausages.

While the volume we produce has increased, each pie is still hand filled and hand lidded. All the pastry is made in the traditional way and sausages are made in the same batch sizes as they were forty years ago.

As a result of the growth experienced our main factory relocated to a new and larger site in Larbert in 2014.  We are proud to own one of the most modern and efficient meat processing and bakery operations in the country. 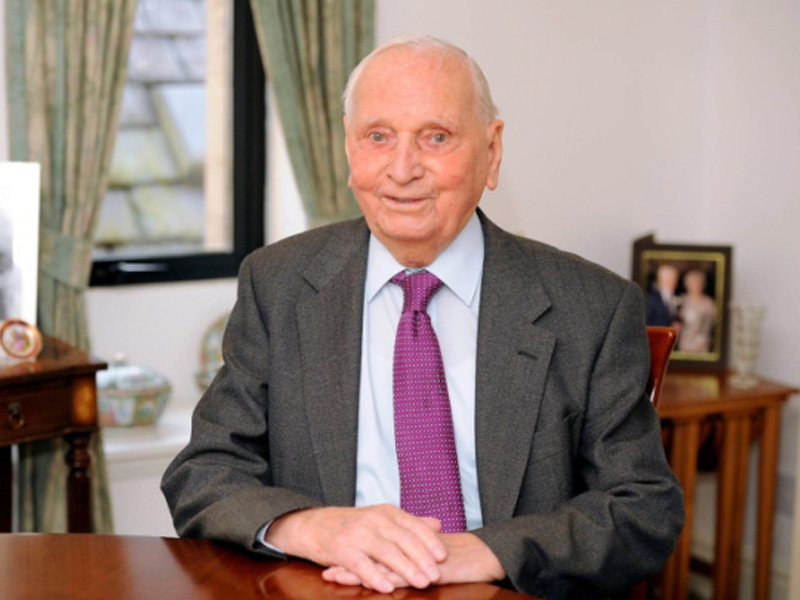 He was at the opening of the new factory and was very proud.

He was often asked if he was “The Malcolm Allan” and used to say:

“I suppose I must be"